DP's campaign for Maryland House of Delegates is on the move! Learn more about the campaign through the news articles below.

Last Tuesday, October 4th was a bittersweet day. Just under five months after my wife Arlene’s passing, my kids and I officially made a donation of $25,000 to Saint Martin’s to establish the “J. Arlene Patti Memorial Youth Scholarship”.
We then presented a scholarship award to the first recipient, Leyna Aka, a very deserving student working her way through school at Saint Martin of Tours School in Gaithersburg, MD.
My thanks to friends and family for making contributions to the scholarship fund, which totaled $7578 online and a yet-to-be-disclosed amount through traditional channels (money goes directly to school, so I don’t know the total).
Because of your donations, the combined funds raised should make this a scholarship that lasts for decades. So, thank you for making this an enduring scholarship! 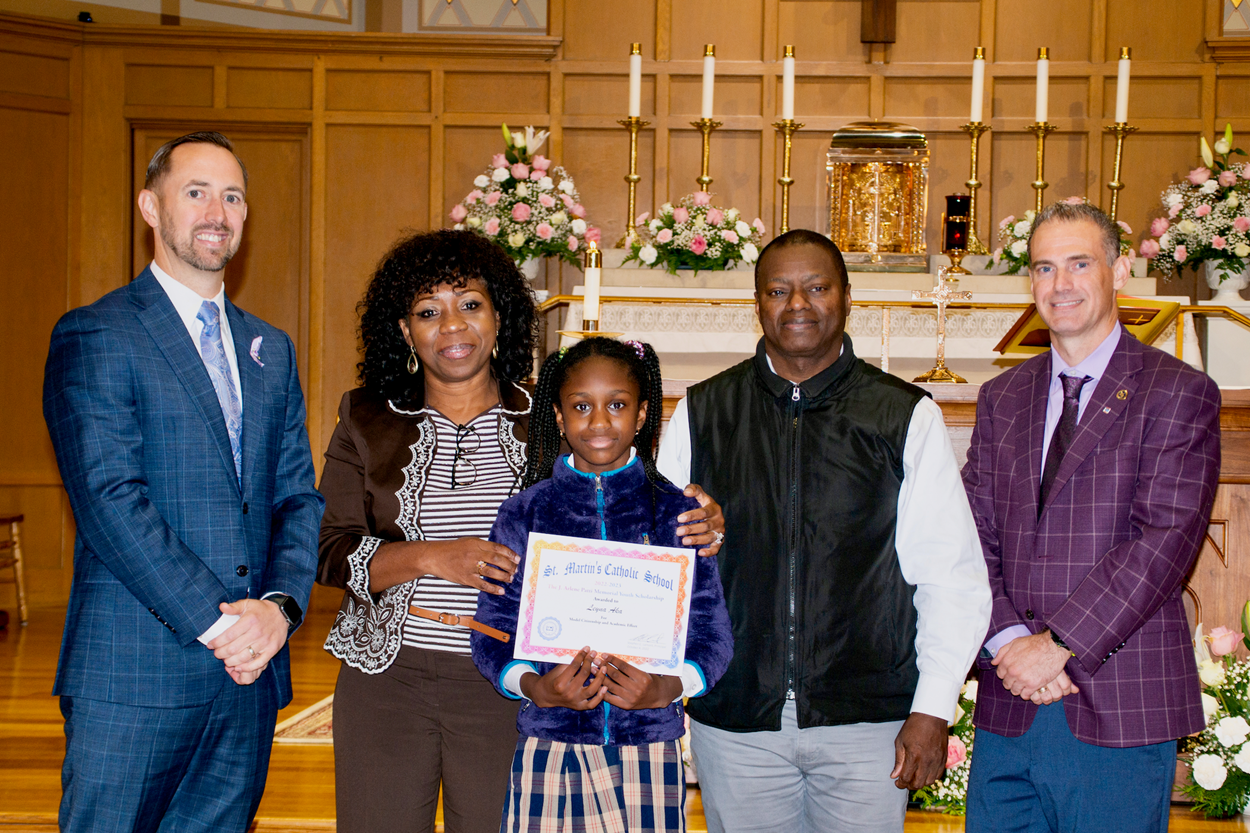 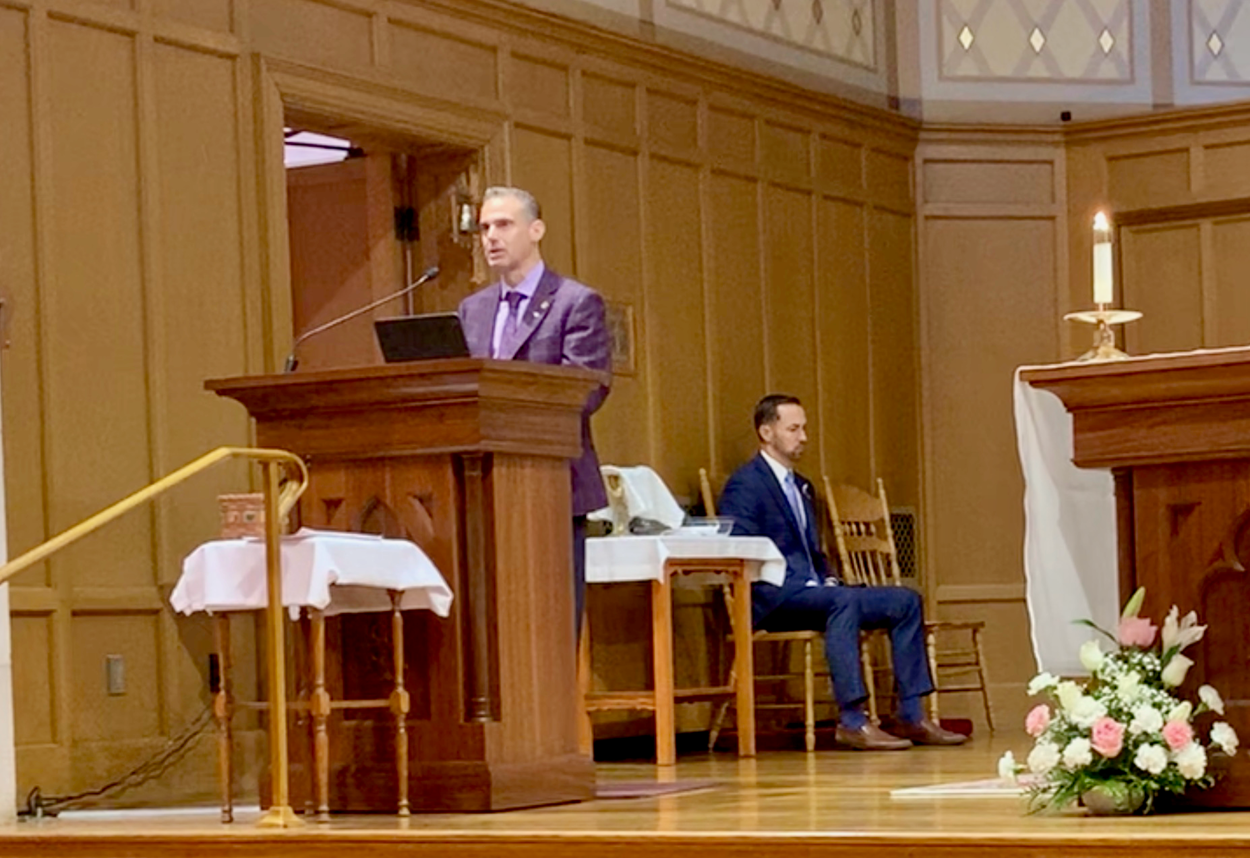 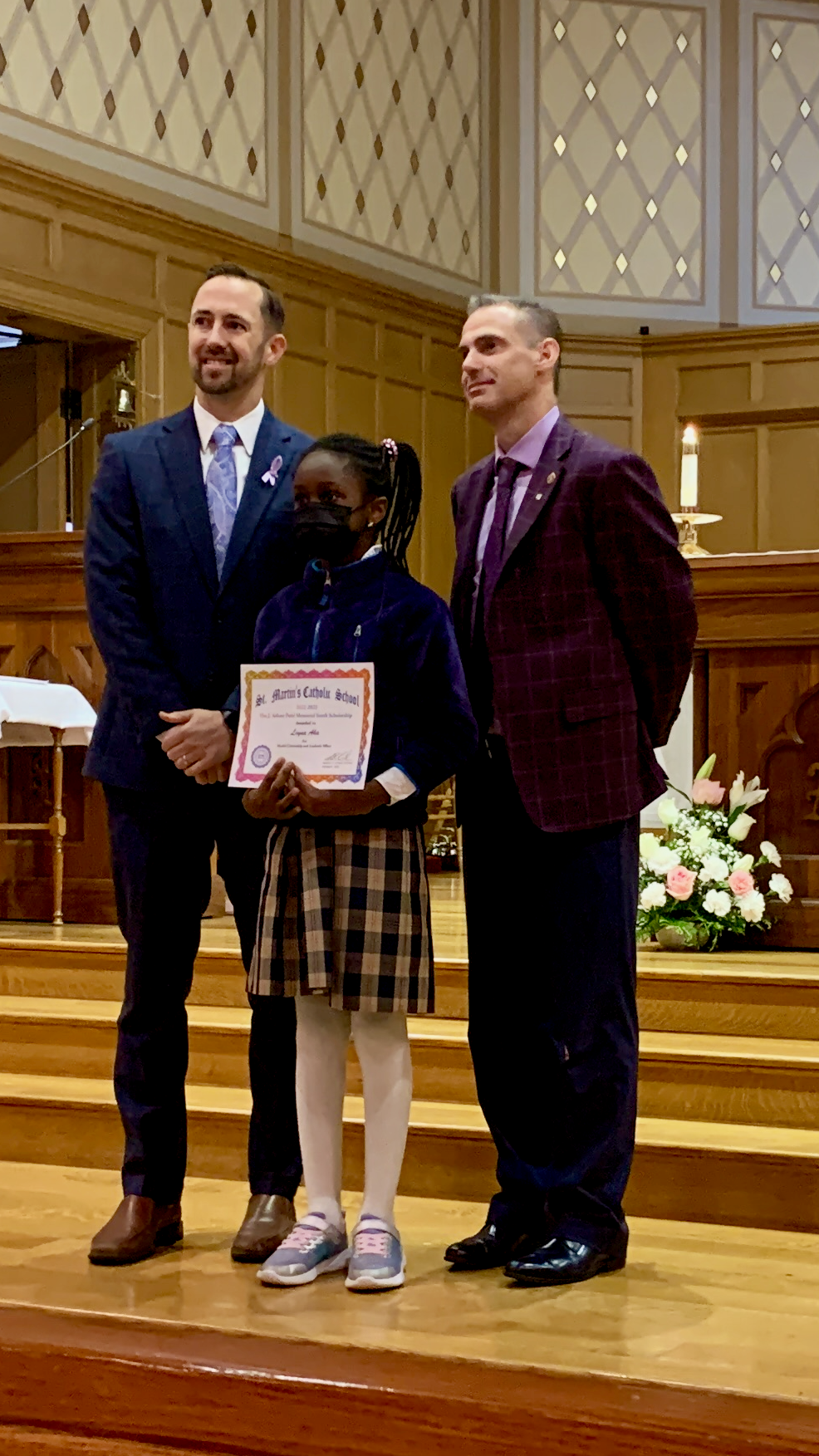 DP Calls on Maryland Legislators to Pause the Gas Tax

With gas prices at near-record highs and the Maryland state gas tax set to rise by 7 cents per gallon on Friday, July 1st, delegate candidate Donald "DP" Patti is calling on Maryland legislators to hold a special session to pause the gas tax for the rest of 2022, easing the pain felt by Maryland's low and middle-income residents.

"I'm encouraging Maryland residents to sign my petition at https://easetheouch.com calling on the governor and legislators to hold a special session as soon as possible, before the summer is over and many of us have to cancel family trips and avoid necessary transportation."

DP Provides Keys to an Improved Education in Maryland 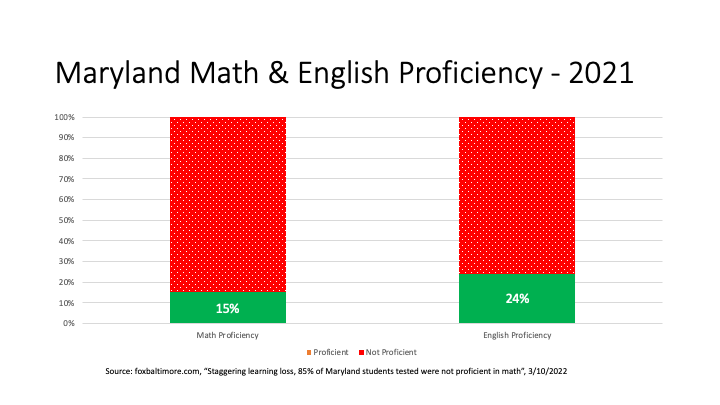 Maryland's schools are struggling. Despite spending over $9 billion on schools at the state level, only 15% of Maryland students are proficient in math and only 24% are proficient in English.
But we CAN improve.
Read  DP's Reinvest 10 Education strategy to learn how.
Friday, May 27, 2022 5:08 PM

Donald Patti Launches Campaign for House of Delegates in District 17

Citing the need for pragmatic, proactive leadership from Montgomery County in Annapolis, small business owner Donald "DP" Patti declared his candidacy for the Maryland House of Delegates in District 17 today.

"For many of us, the last few years of our lives have been filled with challenges of all kinds — the pandemic, illness, isolation, loss of beloved friends, job loss, loss of business, eviction, bankruptcy and crime among them," said DP from his home in Olde Towne Gaithersburg.

"The problem has only been worsened by ineffective government decision-making," Patti continued. "While our house burns to the ground, our politicians are bickering over who should grab the bucket and who should hold the hose. Unfortunately, when they finally make decisions, many of the decisions are simply NOT good. Ideology and irrational decision-making have taken priority over common sense among our leaders, and we’re the ones left standing in the burning rubble.

"To me, the answer to our problems is obvious, though not easy. We need sharp, open minds, not closed-mindedness. We need pragmatic people, not ideologues. We need problem-solvers, not finger-pointers. We need a voice of reason from Montgomery County in the House of Delegates."

Donald Patti is an agile coach, consultant and trainer who runs a small business out of Olde Towne Gaithersburg. During his career, he's served some of the country's most prestigious businesses — JPMorgan Chase, Daimler-Benz, AWS, GE, AT&T, Verizon and HP among them — as well as proudly serving a number of fast-rising small businesses.

DP earned his MBA from the RH Smith School of Business at the University of Maryland, concentrating in Information Systems and Entrepreneurship, and his Masters in Public Management from the School of Public Policy. Prior to Maryland, DP earned a Bachelors degree in Business Economics and in Political Science from the University of California at Santa Barbara.

He has also provided consulting to over a dozen different government agencies, both federal and local, including HHS, SSA, DHS, Commerce, Labor, SBA, NASA, the state of Florida and Los Angeles County. Along the way, I’ve learned how to help both business and government flourish.
On the personal side, DP helps out throughout the community. He has served as Grand Knight for the Knights of Columbus three times, earning triple-star council and Knight of the Year awards along the way; he has coached the Mary of Nazareth track and field team for the last eight years; he has played viola for the NIH Community Orchestra and Medical Musical Group; and he founded the Columbus League, a non-profit 501(c)3 organization dedicated to providing a venue for the children of Montgomery County develop a healthy body, mind and soul via athletic competition.

Patti is married to Arlene, the Officer Manager at Saint Martin of Tours Catholic School in Gaithersburg who earned her MBA from RH Smith after earning her bachelors from Cornell. His son, a graduate of Saint Johns College High School in DC, attends the University of Maryland at College Park, while his daughter attends one of Montgomery County's Catholic schools.

DP also keeps himself fit by training for and competing in sprint triathlons, where he is middle-of-the-pack finisher.

Patti is running for Maryland House of Delegates in District 17, which covers much of the cities of Gaithersburg and Rockville. His key focus areas are crime prevention, common sense COVID response, education and delegation of decision-making to local communities. "We need to push funding and authority down to our communities and neighborhoods, where neighborhood leaders can make better decisions regarding which problems to solve and where to put funding for their own community," Patti noted. "A one-size-fits-all approach to governing does NOT work."